The pectoralis major muscle, more commonly known as the “pec,” is a large muscle located on the chest wall. The powerful muscle plays an important role in shoulder function by providing internal rotation (rotating the joint toward the body) and adduction (bringing the arm towards the body). An injury to the muscle or its associated tendon can occur during a heavy lifting activity that requires contraction. When an injury occurs, patients often report chest muscle pain located at the pectoral muscle’s attachment site at the front of the upper arm. Many patients suffering from this shoulder injury will require a surgical repair.

The pectoralis major is a very powerful muscle that is critical for maximum strength in labor intensive workers, athletes and active individuals. Tears most commonly occur in weight lifting (bench press) and contact sports. The pectoral muscle originates from two points, the clavicle (collarbone) and the sternum (breastbone). The pectoralis major tendon is formed where these two points join together. 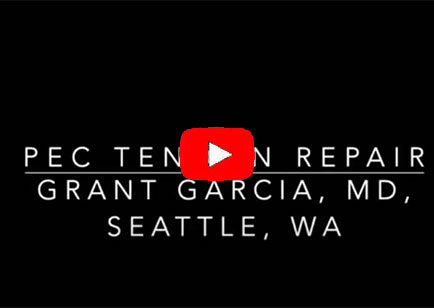 A pectoral tear is typically seen when the arm is externally rotated or extended while it is being contracted, such as during a bench press. A bench press requires the muscle to contract while still being forced down by the bar. An injury to the pectoral muscle or tendon is marked by chest muscle pain, commonly a sharp, sudden pain located in the front of the shoulder joint. The pain is followed by bruising, swelling and a possible visible deformity.

A surgical pectoralis major repair requires the surgeon to reattach the torn muscle and tendon to the humerus (upper arm bone) utilizing anchors and strong sutures. If possible, the surgeon prefers to perform the procedure as soon as possible after the initial injury since less tendon retraction and scarring is present. If a repair must be performed more than three months after the tear, he may need to utilize a tendon graft to complete the repair. 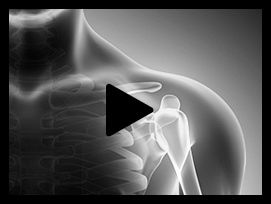